Five men have been arrested in Western Australia over the importation of 77 kilograms of heroin, which Australian Border Force (ABF) allegedly found in a consignment of industrial kitchen equipment which arrived from Malaysia.

It is believed to be the biggest heroin seizure in WA’s history. 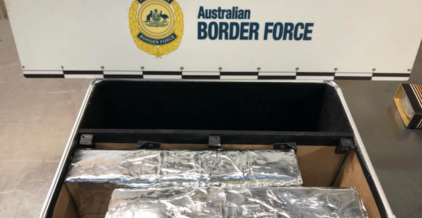 A 37-year-old Newcastle man is due to face Sydney Central Local Court charges with importing 230kg of methamphetamine following a joint police investigation.

The Australian Federal Police, together with the NSW Police Force Drug and Firearms Squad, and the Australian Criminal Intelligence Commission, began an investigation in relation to an Australian company importing helical gear drives.

Two shipments containing helical gear drives from the Republic of Korea were examined at the Australian Border Force Containers Examination Facility in Sydney in ...

Close to $100 million worth of methamphetamine (ice) been found concealed in electric barbeque grills and water heaters on a cargo ship docked in Sydney.

Once opened, officers found 316 kilograms of a crystallised substance which returned a “presumptive positive result” for methylamphetamine (ice), with an estimated street value of $94.5 million. 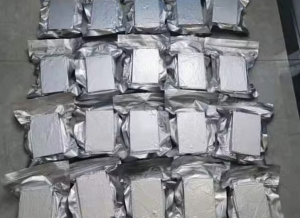 A 17-year-old girl has been charged over her alleged role in a multi-million dollar drug-smuggling operation bringing 22kg of heroin into Australia from China.

Australian Federal Police executed a search warrant at the Perth teen’s home earlier this month where they allegedly uncovered a package that was supposed to contain 22kg of heroin hidden in her bedroom wardrobe.

The dangerous drug had been switched out by investigators after a consignment of 254 vacuum sealed blocks of ‘half-catti’ Double UOGlobe-branded heroin was flagged by Chinese authorities, ...

Two more Australians have been arrested and charged in connection to a major joint international MDMA drug investigation originating in The Netherlands in 2019. The pair are accused of being members of an Australian-based criminal syndicate who attempted to take possession of 150kg of MDMA in Queensland in 2019.

Investigators allege the two men travelled from Sydney to Queensland in October 2019 to meet with a representative of a Netherlands-based criminal syndicate to acquire the illicit drugs. The duo have ...

$2.7 million worth of cocaine concealed in clay bricks 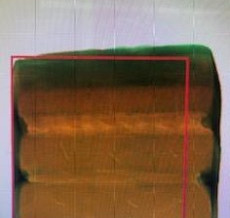 A Sydney man has been charged as part of ongoing investigations into the alleged importation of cocaine concealed in clay bricks worth $2.7 million.

The air cargo consignment which arrived into Sydney from the United Kingdom, was declared to contain two clay bricks. The consignment was examined by Australian Border Force (ABF) officers who noted inconsistencies.

During a subsequent deconstruction, the consignment was found to contain 9kg of compacted white power within the items which returned a presumptive positive result ...