HomeArticlesMarine Insurance – Not Just for Your Cargo

Marine Insurance – Not Just for Your Cargo 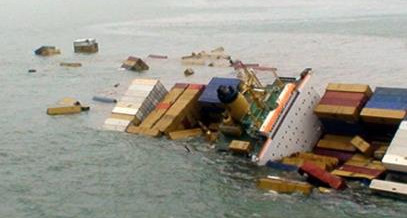 What are the chances you will lose a shipment during transit?  Is it worth spending the money to insure it, especially if it’s a low value item?

The cost of losing your shipment may be a lot more than just the cost of your cargo.

A little known fact about maritime law is when you put your cargo on a vessel, you actually enter into a joint venture with the shipping line and every other Shipper with cargo on that voyage.

What this means for you is if the vessel gets into trouble, is lost at sea, needs salvaging, or has to dump containers overboard to save the ship; then you along with every other Shipper with cargo on board proportionally share these costs.

Centuries of maritime law mean ship owners are able to pass the bulk of their risk on to the Shippers who use their service by a precedent called the “general average principle”.

Simply put the “general average principle” is where all parties in a sea venture proportionally share any losses resulting from a voluntary sacrifice of part of the ship or cargo to save the whole in an emergency.

Even if the loss of your cargo might not be worth that much, your share of the cost for a voyage mishap could be a literal fortune.

Raising the stakes even higher is the term ‘loss’ in the general average principle which applies to any loss on the voyage.  So even if your container or cargo is safe and sound on the vessel, you may still find yourself being asked to contribute towards the loss of another Shipper’s container. This is based on the principle that the other Shipper’s cargo was sacrificed to save not only the vessel, but your cargo as well.

By not taking out marine insurance you are taking the risk that the loss of your cargo worth thousands could end up costing you hundreds of thousands.

Ask us for a quote today, you would be surprised how such a small cost could save you so much.